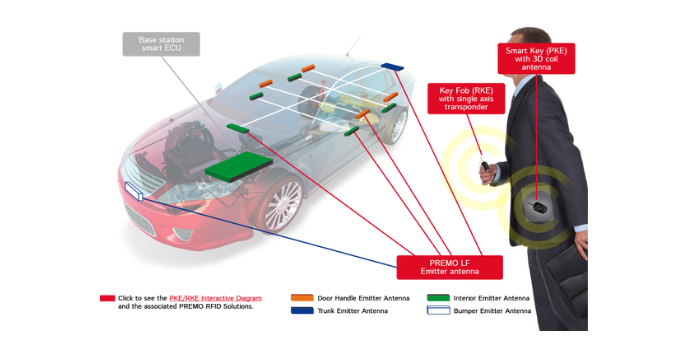 Automotive Passive Keyless Systems ( Fig 1) are growing in global market penetration. By 2025 more than 25% of newly assembled light vehicles is forecasted to have a Keyless Entry system. A global production that is more than 30M systems per year. Market demand for better performance in terms of longer reading range, less energy consumption, smaller size and component count and costs is leading to systems with less antennae ( 3 instead of 5) but necessarily, the antennas must be longer to generate larger fields equivalent to radiation pattern of 5 antennae. Premo has developed 2 alternatives: 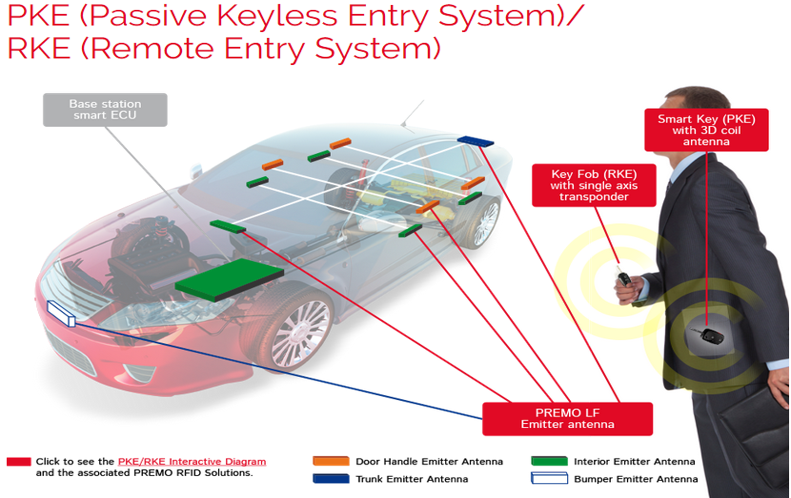 Passive Keyless Entry system is a generic term for an automotive technology which allows a driver to lock and unlock a vehicle without using the corresponding key fob buttons. Once a driver enters a vehicle with an equipped PKE or Keyless Go keyfob (or cardkey), they have the ability to start and stop the engine, without inserting the Smart Key. A transponder antenna built within the key fob allows the vehicle to identify a driver. The SMD components located in the smart key are required high levels of sensitivity, good temperature stability and robustness against mechanical shocks and drops.

There are two clear areas, the Car side and the Keyfob side. Current technology trends push the car side to reduce the component count so that less antennas are needed and to improve the performance to move from 4-5 short range antennas to 3 Mid-range antennas and ultimately to 2-1 Long Range Antennas 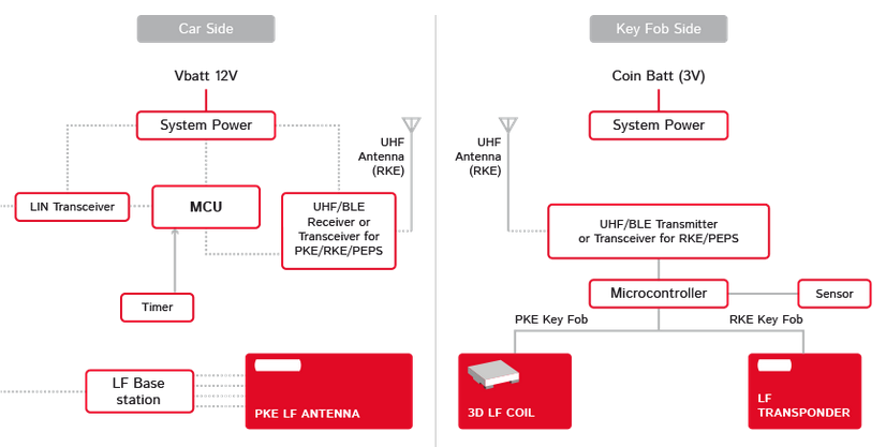 PKE/KGO/KES Systems work by having a series of LF (low frequency, 20kHz, 125kHz & 134kHz) transmitter antennas, depending on chip-set used, both inside and outside the vehicle. External antennas are located in the door handler, mirrors or trunk position. When vehicle is triggered either, close to vehicle, pulling the handle or touching it an LF signal is transmitted from the antennas to the Key. Key is activated and transmitted its ID back to the vehicle using RF channel, if Key code is correct the electronic module unlocks the vehicle.

The antennas typically have to meet the AEC-Q200 (specific automotive quality standard) and waterproof specs from IP54 to IP69K standards due to their specific packaging (rugged plastic box filled with polyurethane foam, PA LPM protection, Epoxi coatings or over-molding or HPM in PBT GF30 for IP69K).

Nevertheless, because of the intrinsic brittleness of ferrites, longer antennae need longer cores that have several drawbacks:

Because of this, there are costs and manufacturability challenges:

– Long ferrite cores production become critical because of a “banana effect” during the shrinkage in sintering process.

– Small contraction and dilatation of a high L/D ratio makes a high impact in effective magnetic permeability thus producing a lack of stability of L and SRF parameters over temperature range.

– Mechanical protection of the core with plastic housings and or resins become costly and critical as combined thermal coefficients are critical.

– Manufacturing costs soar as the tools and molds are much bigger and complex (higher Capex) while throughput is lower than in smaller parts because of the brittleness and lower mechanical resistance.

Cost of materials, and process is then much higher thus reducing the advantage of a lower component count per vehicles.

The logic of a lower total system costs by using less antennas is spoiled if those antennas cost is much higher than their short-range equivalents.

Therefore, the technical challenge is achieving all the advantage of Mid-range and Long-range antennas without the above-mentioned drawbacks of brittleness, costly materials, processes and investments and critical temperature and mechanical performance.

Premo innovation consist of using a Core with a Variable Cross-Sectional area that is maximum at both extremes of the antenna and minimum at the center of the antenna where the winding is located. 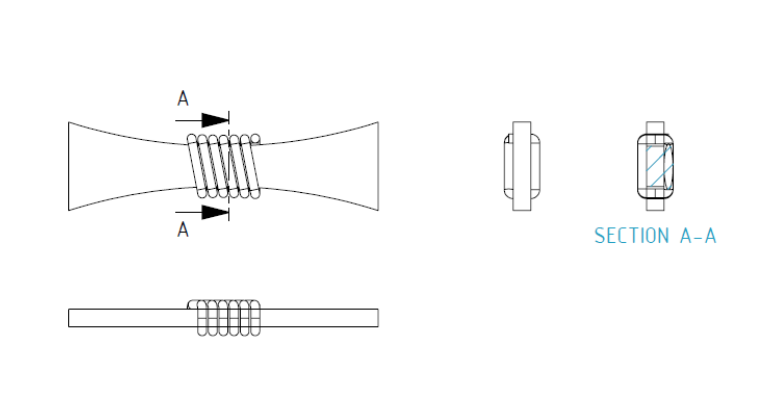 For an external magnetic field H and given the same effective magnetic permeability of the core, the Magnetic Flux φ through the core is constant and the induction at every point is B= φ/S being S the cross sectional area perpendicular to the flux.

In shape of figure 5 and Fig 6 in following shapes the induction B at the narrowest point is double than the one at the widest.

A larger cross sectional area can be presented to the external H field, then increasing the Magnetic Flux φ through the core when a radius R is given like in FIG 6 in order to guide the maximum number of field lines though our low Reluctance Path that is the core.

The invention of cross sectional area reduction in emitter antennas, have a significant advantage in Mid-Range antennas as a similar range, induction, sensitivity, size and cost can be achieved when compared to the prior art mid-range antennas.

A graphic representation of the effect of concentration of field lines when the Magnetic Flux φ is constant along the core can be seen in FIG 4.

Being µr the relative permeability of the core and Nz the demagnetizing field factor.

As knowing this Nz factor is difficult, for a given shape there are empirical formulas charts and abacus. In the case of a rod (a pure cylindric shape) we introduced already the L/D empirical chart (courtesy of Ferroxcube): 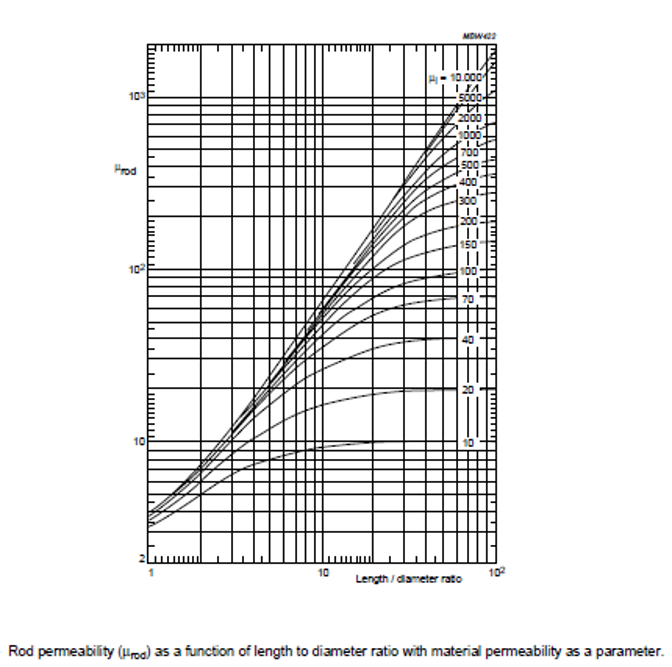 A simplified equation for the demagnetizing factor in direction z (longitudinal) is:

The graphic representation for a rod is the already mentioned graph.

Magnetic concentration of a Diabolo ™ shape core with D the larger diameter, d the smaller diameter and µr the relative magnetic permeability of the core, the apparent permeability µapp will be:

An optimized embodiment of core that presents a progressive cross section reduction and a maximum surface on both sides of the core is as per Figure 8. 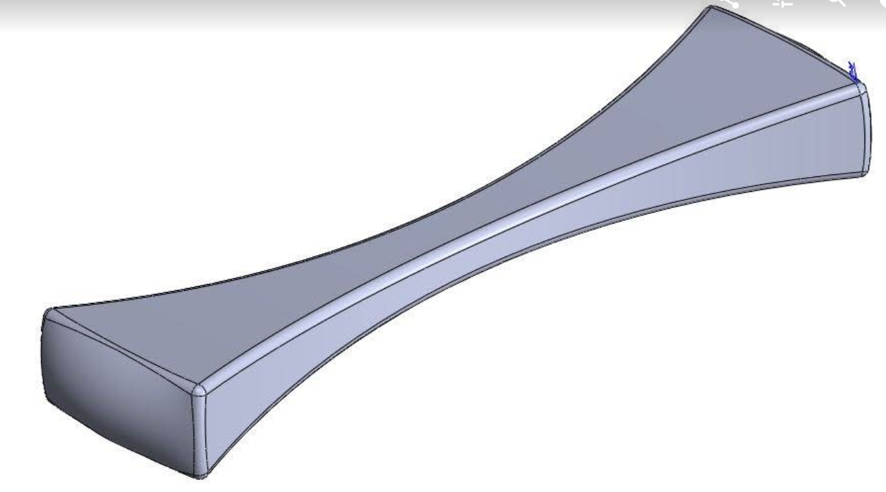 Long Flexible antennas Like Premo Alma ™ Technology AF series described in patent EP3333 860A1 can be made with this invention also, including echelons / links as per following figure 10 : 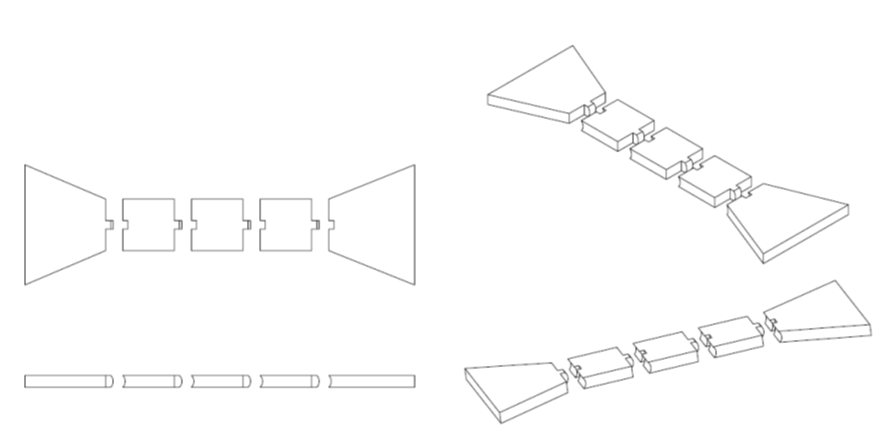 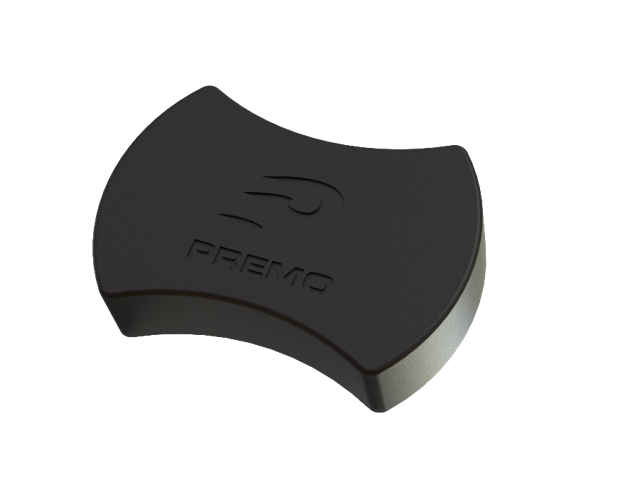 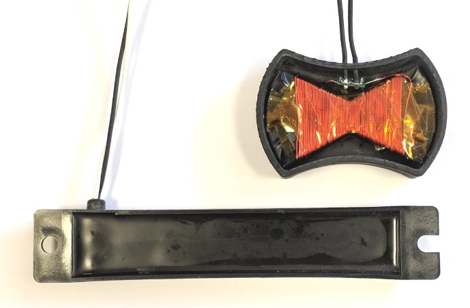 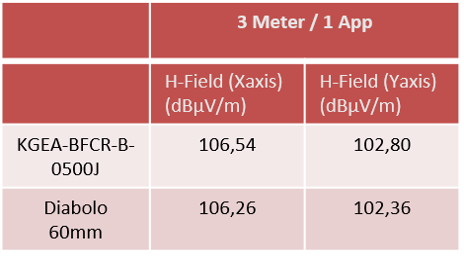 An embodiment with progressive reduction of core Width and Height.

Measuring H Field at 1meters and 3meters the 40% shorter Diabolo ™ core presents similar values and a much higher Q factor due to its higher effective permeability and lower number of turns thus lower DC Resistance. 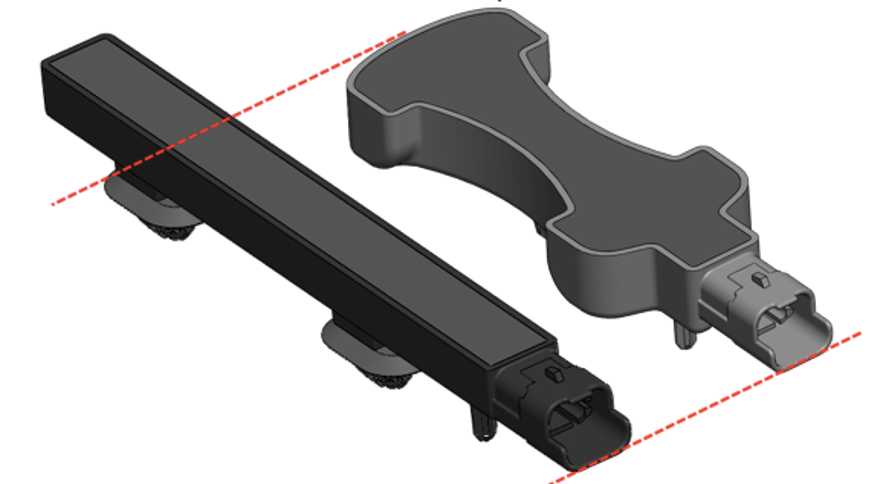 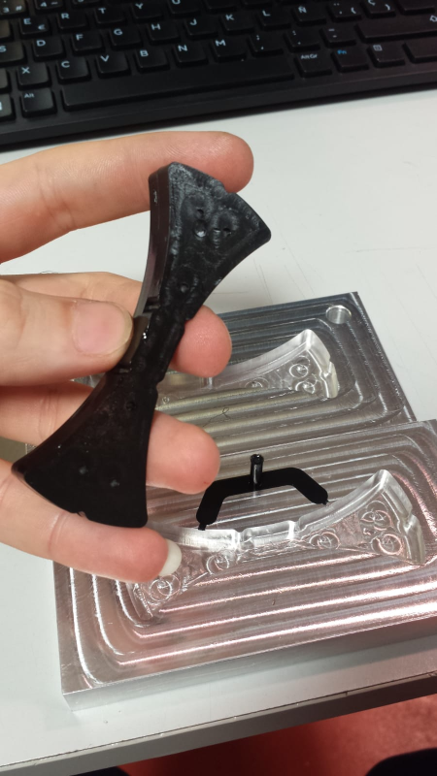 Over 1200 employees at 5 design centers and 3 production locations (Morocco, China & Vietnam), and an extensive sales network, let PREMO have a global presence in more than 36 countries to meet our customers specific needs.

We’ve been a preferred supplier for more than 56 years thanks to our strong commitment to business excellence, engineering support, reliable delivery and the quality of our products.

Innovative NFC Access Device for door handle, new method for new necessities Current trends in the vehicle access market. Nowadays, the most widely used technologies in the automotive market for access to the vehicle are RKA and PKE, which require a physical key fob to enter and start the vehicle. However, due …

Latest trends in 2 wheelers are driving Tier 1 to the use of Keyless Entry System(KES) and Tire Pressure Monitoring System (TPMS) for both ICE and EV markets. Premo, the worldwide technology leader in RFID automotive antenna solutions, offers state-of-the-art designs for these applications. Disclose all PREMO high-quality RFID Components, which are …

PREMO is global leading supplier of RFID antenna solutions, with state-of-the-art designs for automotive applications, including TPMS, PKE, RPKE, and Immobilizers as well as any wireless emitter/ reception application. We manufacture standard and custom-engineered products for OEM, Tier 1, and aftermarket. Disclose them all in this new brochure.

We are using cookies to give you the best experience on our site. Cookies are files stored in your browser and are used by most websites to help personalize your web experience.

These enable the user to browse a website, app or platform.

These enable the user to access a service with predefined general features, such as language, type of browser, etc.

These enable us to quantify the number of users and undertake measurements and statistical analysis of the activity of websites, apps and platforms, and to draw up user browsing profiles to improve services.