Premo Group launched 3DPower™, the first product to integrate two magnetics components that share the same core and feature two orthogonal magnetic fields at all points within the core.

3DPower™ Pot-Core uses a custom pot-core shape where 2 inductive components are integrated. One of them is placed in the pot-core itself and the other one outside the pot-core as if it were a toroid. This product allows us to solve the engineering challenge of integrating magnetics: in this case, it consists of a choke and a transformer. Unlike other magnetics integration technologies, both components share the whole core volume in the 3DPower™. For this purpose, the magnetic field of one component is orthogonal to the other, resulting in 2 independent and fully uncoupled magnetic elements.

Most of the times overheating failures are caused not only by the overall temperature increase but also by hot spots. Hot spots can create temperature gradients in the ferrite core that could lead into breaks or a poor performance. Therefore, the main goal in a product is to avoid hot spots by creating good thermal link between all the components and then ensure a proper cooling system to remove heat.

A proper design and a wide selection of materials are key for thermal performance. The picture below shows an 11kW transformer where windings were made using stereolithography 3D printing technology and cooled with water in the bottom core. The wire is much hotter than the core, particularly on the bottom.

We performed tests in our R&D facilities and the results highlighted that when using a standard adhesive, the gradient of temperature between the two cores halves is twice than using a high thermal conductive adhesive. The ferrite not only can break, but also due to an inductance variation with temperature the reluctance of both cores will be different and can create unwanted performance. 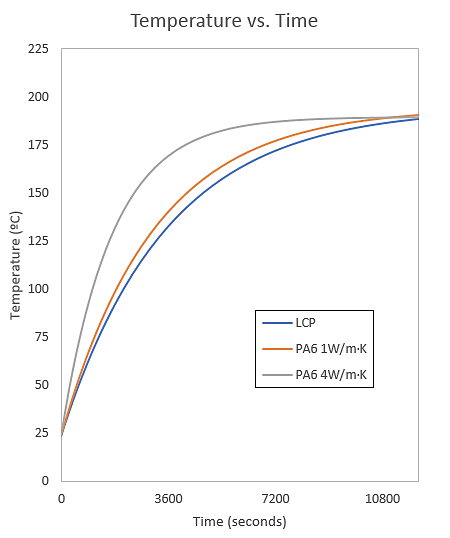 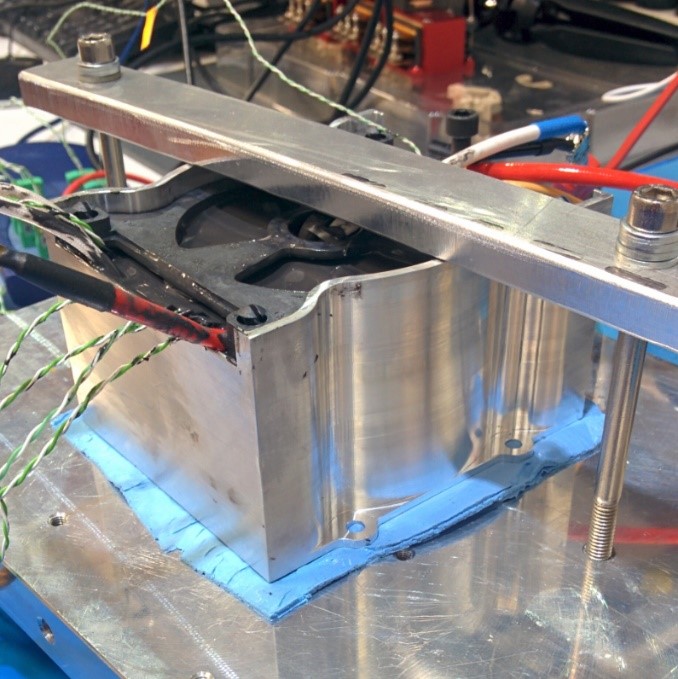 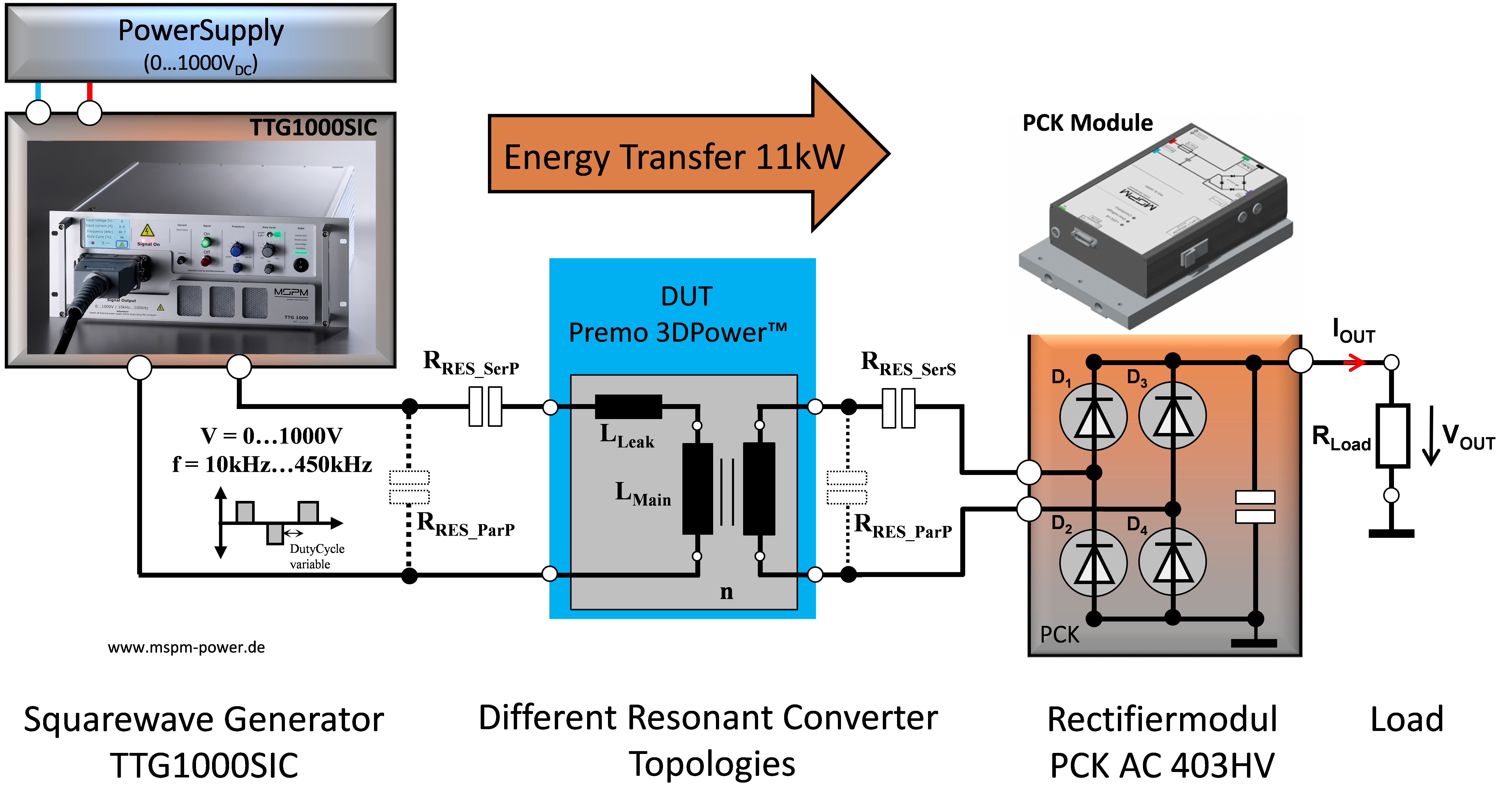 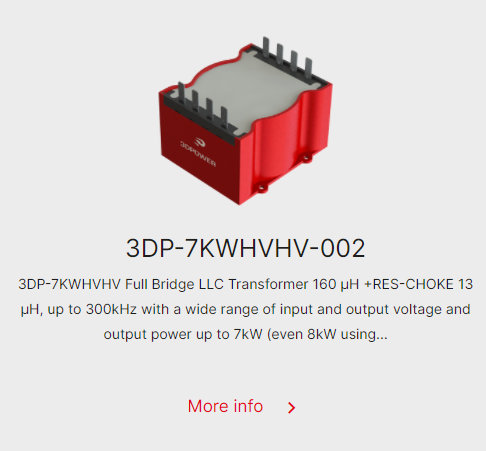 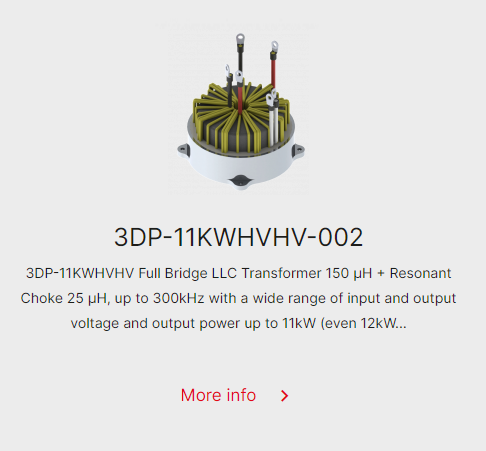